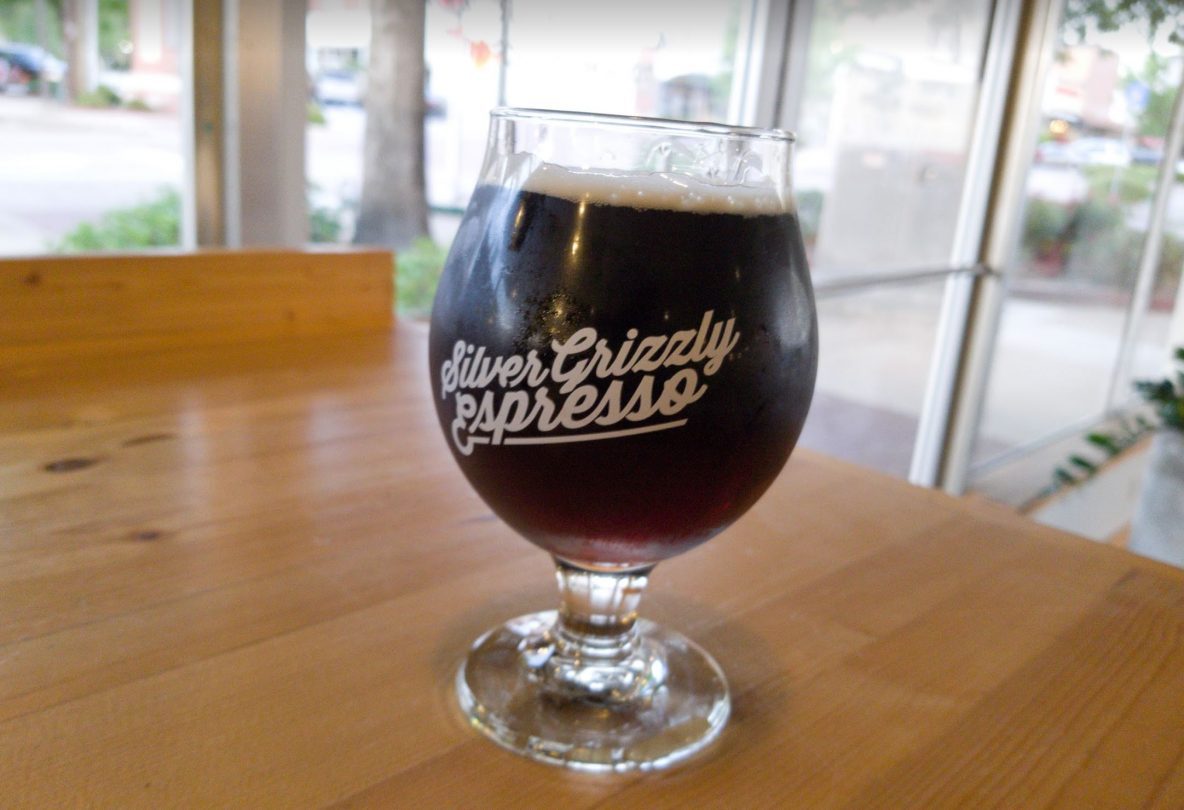 I frequent a coffee shop that also serves beer. Which means I get to drink beer in the most hipster environment possible;

It has this wonderful fusion of music that I don’t know and people that I dearly love but only spend time with when I am giving them money and feeling hip at their establishment. The Silver Grizzly operates almost as a beacon of walled in hope, a prophet saying to a dying downtown that this place could be really nice and inviting. It is also across the street from a brewery. That breweries beers are whatever word describes sucking your bottom lip while looking at a bowl of the sexiest mac and cheese you have ever seen. They are both carbs at least.

Either way, I am not reviewing a beer from there I am reviewing a beer from Rabit Hole Brewing Company the bear is “titled”; because beers should have titles and not names, “Rapture Fusion”. What are they fusing? I could speculate, but would instead like to tell you what it tastes like and why you should seek it out like a devotee climbing a mountain hoping to receive wisdom from a mystical goat.

The beer is an American brown ale. Which sounds very English because brown ales hail from across the pond. Thank you, England! But I looked it up, turns out an American brown ale can use American ingredients so there you have it. It is not the color of the day I have had, which has been a dreadful gray while I contemplated the impending conflict and confrontation I would soon have. However being a man and somewhat of a personal responsibility advocate; face the conflict I did with a humble attitude.

It smells not unlike flowers and sweet bread which is great. It is a stark contrast from the creeping smell of fear emitting from my son as he comes to grips with consequences. And my own fear as I shouldered the weight and begged in prayer for mercy.

It tastes good. Really really good. It tastes like beer which is to say that it is not something trying to be beer that also has some undertones. It is sweet malty, brown beer with a lightness to it that would put it in distinction to other brown beers. This is a welcome break from the taste of humility as I presented my son before the person he wronged and allowed him in his own words to ask for forgiveness. Ii is defiantly not the taste of humbling myself as his father and asking for the same forgiveness though I did not commit his crime I am indeed responsible for him.

Altogether the beer is fantastic. It delivers on all the notes of brown beers while dialing down the nuttiness of the typical brown beer and nodding seductively to summer. It is a hopeful beer like the last of fall sweet potatoes next to the fresh crisp delight of spring tomatoes. Which is just as hopeful as a son who is wonderful, precious and full of potential, who made a mistake and is working to learn his lesson and change. I could not be more proud of him or delighted in this beer.

Now, this Honey Gin iced latte is another story for another day.