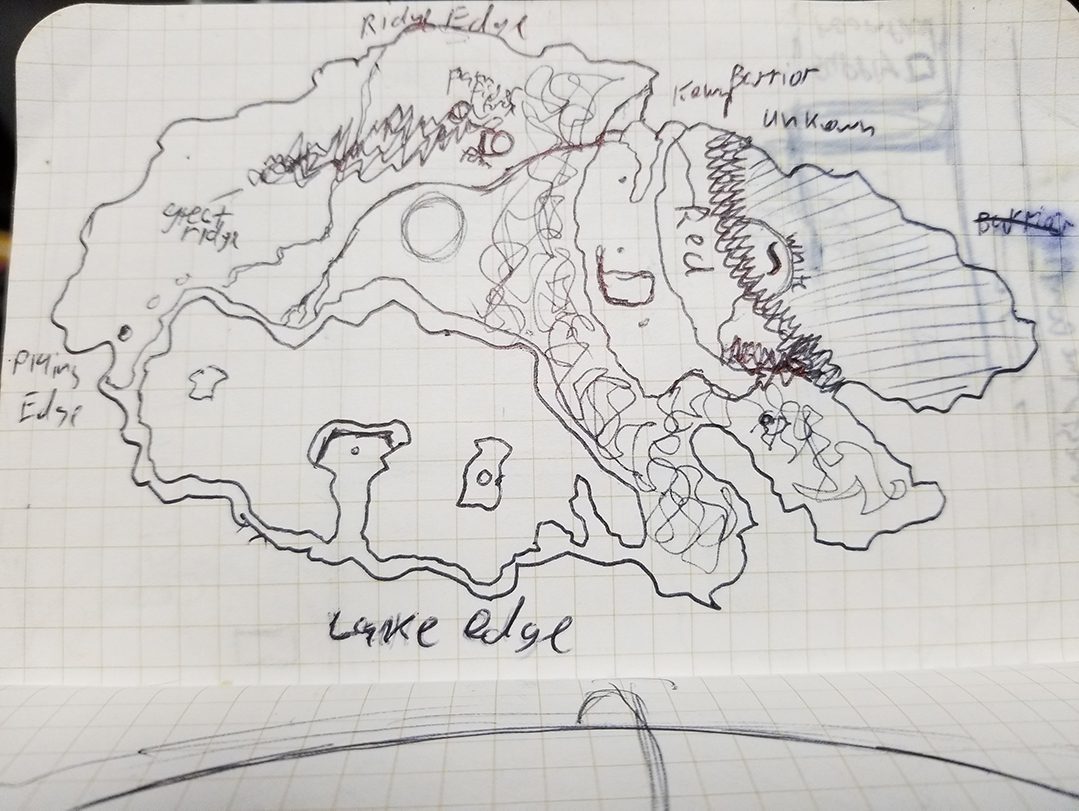 The world of Pathfinder takes place on the first shelf of a seven-layered planet. Imagine if you will that earth was hollow and the tectonic plates were staggered with the larger being higher and the smaller being closer to what might be considered the center.

The only major difference between this drawing and how it is described in the books is the shelves barely overlap except the seventh shelf which is completely dark and directly under the sixth shelf. The center mass is a mystery but can only be clearly seen by those that live on the sixth and seventh shelf though every shelf has some lore or myth tradition that points to what might be there.

The world itself revolves around a sun but there is no moon. Stars can be seen in the sky and the night is lit by an aurora-borealis- natural event called the ether.

The map is an early drawing and does not show in detail or scale the size of the largest of the shelves. Because north, south, east and west do not exist because shelves are essentially flat they refer to major landmarks at each edge for directional purposes.

From space, the world would seem round in that the shelves though they would not fit perfectly together do orbit the center mass.

The world has similar gravity and ecology to Earth though creatures that do not exist make there home there. Subsequent shelves house their own environments and the closer you get to the center mass the longer nights can be as some shelves cast shadows across others because of the angle of the sun.