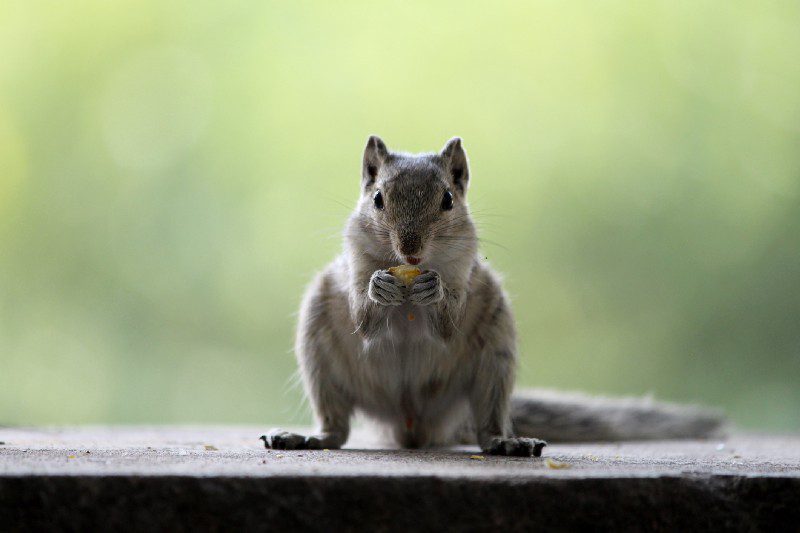 “You can’t do this Terry! We need you here at the house! I need you!” Cindy screamed in desperation.

“Cindy, I can not handle this anymore! You say you care about the children yet you just let this persist!” Terry raising his voice to match her own.

“I do care about the children! I care about you too but sometimes we just have to soldier on! Things happen and they may never change but you are just going to walk out on us.” Terry said with a hint of acorns against wood accompanying her voice.

Terry adjusted the bag on his shoulder. “Cindy, I love you I do but you have let this get well out of control just look at you!”

She stood there just as beautiful as the day he had met her except for the large gaping hole in the center of her belly. Out from the hole stared three of the most menacing squirrels he had ever seen. White grey fur adorned their bodies. Milk red eyes never stopped staring, never blinked. Their unnaturally long claws clicked as if they were eager to be used. They had lined the hole in his dear wife with wood and she rattled with stored acorns as she moved through her day.

“If you are so concerned then why aren’t you taking the kids with you?” Cindy asked accusingly.

Terry sighed he would be back for the kids. He did not want to tell her that before he had the apartment secured. “Cindy, the kids need you and I am not sure where I am going I will be able to take care of them.” He lied he knew it. The squirrel’s eyes dilated, they knew as well.

Cindy looked down and shuffled her feet like she used to when she was unsure about the future. “The squirrels help me. “

Terry’s temper flared, “I help you, Cindy! The kids help you! Everyone is helping you but you still keep these damned squirrels around. It is creepy and obviously, they have hurt you badly. How do you even have space to eat food?” The squirrels all stared out from the opening, beady eyes peering more predatory than any squirrel he had ever seen.

“I am afraid! I don’t know what will happen if I get rid of them. I mean look at me. I have a huge hole in me. The hole has wood in it Terry, wood! The saddest part… I kind of like them.” She began to cry. One of the squirrels crawled out of the hole and sat on her shoulder and began to play with her hair in jerky squirrel fashion.

“I know you are scared Love but they haven’t killed you yet and from what I can tell you don’t feel any pain. Maybe it is just a matter of getting rid of the squirrels and closing up the hole. I would be glad to help but, They, have to go.

Cindy wiped the tears away from her eyes and with the determined look that Terry had fallen in love with so many years ago, they both strolled into the house.

I wish I could say that things went smoothly. Terry lost a finger to the larger of the squirrels during the initial extraction. Once they had them removed there was still the matter of the hole. Doctors were able to close it up but not without several expensive rounds of antibiotics and surgeries.

Then there were the months after. One morning their son awoke to find that one of the squirrels had nested in his side. With a bit of hard work and honest commitment to one another Cindy and Terry were able to overcome their little squirrel problem.