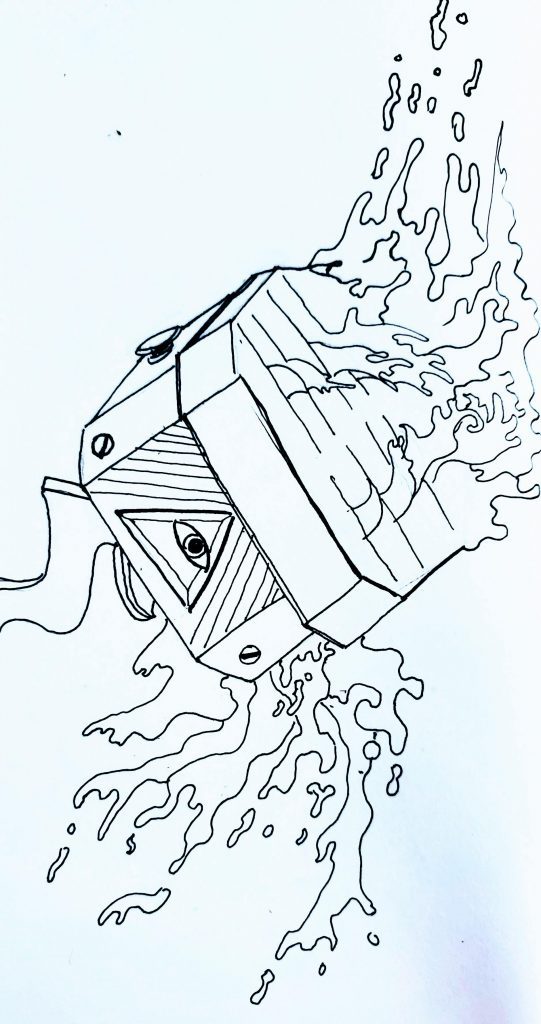 I want to start out saying everything I write of this nature is in humility and humor. I am not some kind of trained anything. All I am is a man who loves God, family, and making stuff (read art but even that description is questionable). I also listen to an unhealthy amount of podcasts. This is where my recent thoughts on religion found the energy to bud on this finite mind.

I was listening to episode 322 of the Timcast IRL podcast. In the event, one of them reads this, know that I do love your show. May this serve as a form of fan fawning. There was a lot of discussion about the culture war. The words religion, moral framework, god, and a few other sticky English words that elude to something more transcendent than the material, were being tossed around. The great thing about these conversations is that there is a diverse array of opinons and points of view. Truly a great podcast if you are looking for conversations worth listening too.

While I was listening the participants kept on making the distinction between moral frameworks and religion. A year ago I would have made the same distinction but today I feel a shift in my own thinking. I think it is a self-evident observation that humans search out meaning and by meaning, I mean truth and what we decide to do with truth.

The archetypal triangle is nowhere to be found. No one owns it. There is not a museum with a glass case that holds a triangle that is just a triangle. There is not a temple where just the triangle resides. Yet we can be taught this concept and identify it all over. It has properties that are unique to it. The shape itself is a transcendent thing. Its archetype exists beyond our normal means of perception. Even then the triangle remains true.

I feel that my understanding of religion has evolved in recent history. I am a Christian. I believe in and worship Jesus Christ the Son of God, he who is fully God and fully man. I acknowledge that that is a very hard thing to put in terms that are fully material (material being the state of things that the human mind can fully comprehend) but there it is. The idea is transcendent. It is true but the archetype for this is not found in the material existence. This is my religion, this gives rise to my moral framework, it is of supreme importance to me and supplies true meaning and purpose to my life.

What is religion if not the belief in a supreme being and the worship and ritual around that belief?

Belief in a supreme being or god would definitely be considered a religion. This is undeniable and is definitely the primary way in which we interact with religion. Belief in God, a god, or deity does something to humans. It causes us to live life differently. God by definition is transcendent which is a very important part of the human experience. Humans need to have a transcendent experience. Even though we can not fully define these experiences and some of us try to explain away this need and want, it still exists and is pervasive. I would argue and be willing to test that few people truly live without the need or the experience of some form of transcendent reality.

This existence of things outside of normal perception, is normal and is the part of life that can make life worth living. Things like beauty, love, justice, evil, injustice and hate all exist in this (for lack of a better term) space. We see it even in our mathematics. Remember the archetypal triangle? It is a transcendent concept that has an impact on the material world but is beyond it. It is from these transcendent realities that morals, their associated frameworks, meaning, and purpose flow. These things when combined, form religion.

These things do not have to be focused on a supreme being. In Christianity, we believe in and worship one God revealed in three persons, the Father, the Son, and the Holy Spirit. This type of existence has bearing on the material world yet its archetype, i.e. God does not operate solely in the material and instead finds his existence transcendent. We, humans, are kind of three person's in one. Aaron, me, I, have two hemispheres of my brain and the thinky bit in the middle that makes the decisions.

It is hard to choose the best example of religion without the stereotypical diety in today's world. It feels as if this is the fastest-growing category. The three that come to mind are politics, "science" (the scare quotes intended), and revolution. The new religions.

Once again I am in no way an academic or a philosopher. I am a dad who reads a lot, loves God, and listens to way too many podcasts. I think the new religions are comprised much in the same way as your typical religions with a deity or in their case a supreme ideal, their acts of worship and liturgy, and (maybe most importantly) their subsequent moral frameworks.

The Religion of Politics

I think it is incredibly important to start with the first and most powerful of these new religions as politics finds its way into the recesses of all of the new and even old religions and its dark god finds its birth at the beginning of human thought. The deity or supreme ideal of the religion of politics is power. Politics has hit a fever pitch in America (not the first time, maybe the last time). Its acolytes find themselves beholden to various denominations of politics. Their worship is a societal bloodletting driving the denominations to fight one another and innocent bystanders, in hopes of gaining the favor of their god. They have found a necessary facet of human society and perverted it.

The Religion of "Science"

Science used to be a practice and a method by which humans explored the material world to encounter truth in the traditional sense. Christians and other religions have described it as thinking God's thoughts after him. "Science" is the magical word the academics, doctors, media personalities, data scientists, and technocrats have come to adhere to as zealots. "Science" has its denominations such as the tech industry, academia, and data analysts. Though this does have the name of a method that was used to pursue truth alas this religion pursues the same god as politics; power. In fact in the modern era, these two religions have found themselves collaborating more and more. Sulling the name of a legitimate practice.

The Religion of Revolution

Revolution in and of itself is necessary. It has played a vital part both for good and bad in the course of human history. The results of a revolution are always in question and are never known to be good or bad until it is done and the victors have to forge their way through the unknown. Often these paths are cut past the piles of dead innocents and common men and women who simply wanted to live. Also known as the noblest of people. The religion of revolution is a completely different story. It is worshiping the god of the act. By this, I mean that the action of revolution is the goal not the outcome of the revolution. The worship demands the overthrowing of everything and once that is overthrown then the revolutionaries are swept up in the next revolution. This religion is often the pawn of those that worship power.

There could be no end to this kind of speculation about what new religions have cropped up. Especially if you remove the requirement of a deity. It just goes to show that no matter what, man will worship.