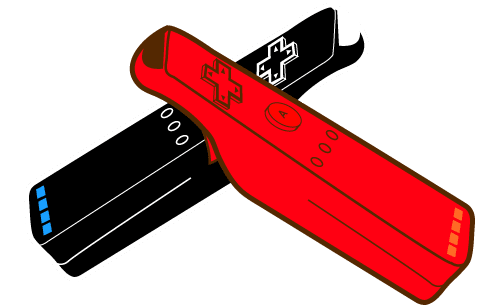 For Christmas, me and my lovely wife Nikki got the 25th anniversary Wii (the red one). We were excited, I am primarily a PC gamer and a binge gamer. A binge gamer is a person that only plays video games socially or in one large crazy time-consuming marathon, and then not play them for months, in some cases years. The last console that I owned was a super Nintendo and I bought that in response to the game cube, I didn’t have the money to purchase one and I was ready to play some “vidja games” as Jared would say. We took our Christmas money and hit the used game stores looking for some of those titles we had been curious about but had not had a console to play them on. I got a few adulty violent games Golden Eye, Red Steel 2 and Star Wars force unleashed. Then we began to look at titles we might want to play together.I picked Mario cart and my wifes pick Spyro Dawn of the Dragon. I would like to say, that I felt a flicker or terror work its electrical current through the synapses in my brain, but the truth is what I thought was “WOW my wife is really excited about video games ….. does that make her hot? (Brief desecrate look over) … yep it does, now I want to get her home even quicker.”

Cut ahead like an hour of spastic game switching as we try out all our new games and Gideon who is three, boxes with daddy (Wii sports). We finally get to our joint adventure game “Spyro Dawn of the Dragon”. I think this is going to be the geekafying of my wife, We are about to become equal nerds. Up until now, my nerdier disposition had been a little intimidated by my wife’s well put together popular and sharp-witted self. Not that I am not well liked or sharp-witted or every bit a fully functioning adult with a carrier and leadership amongst his peers. It’s just Nikki had been that longer than I had. She spent her later teenage and early adult years rising above, and might I say majestically, the crap circumstances her childhood had left her with and I spent those same years … well drawing, reading and playing video games all while doing behind the scenes stuff. I had friends and peers but they were doing the same thing I was.

I let her be first player, at least I think I did.

I let her be first player, at least I think I did. That put her playing Spyro and I being Cinder, the two characters in the game. They find themselves magically bound together by an unbreakable chain of green magic. This “chain” is what brought up concerns and created issues that should have been dealt with over coffee and a heart-felt discussion. Instead we decided to have them while flinging Wii remotes and yelling at each other “you don’t listen and why can’t you get your scaly dragon butt over here and help me smite our enemies*.”

The infernal chain dynamics work like this. If I Cinder (me) want to go north and Spyro (Nikki) wants to go south then you have three options, forever pull against each other and never get anywhere, relent to the other or compromise and go west. The chain will not let you get but maybe 20 – 25 feet from one another and that is where the struggle is. You must both fly side by side you must fight side by side and if the other dies so do you. The other dynamic of this game is the experience system. The two Dragons do not share experience. Technically it’s possible to have one dragon be super powerful and the other be scrawny and malnourished. This is like marriage except when the other dies, your divorced not actually dead.** The crux of this story happened while we were being repeatedly killed by a fire golem, that had chased us throughout the whole damn game. I mean literally it was the thing first we fought in the game and here we are 5-6 levels later and we are still being chased by this giant lava spewing Golem. Imagine a balrog from lord of the rings. I am getting progressively more frustrated because we had played this game till like 2 in the morning the night before and the game is just poorly made. It’s like the camera man is drunk. Nikki looks at me with her striking eyes, looking all cute while holding a Wii remote said, “we need to work on our communication!”

I don’t know about you but I’m the idea guy. I don’t have to be told very many words to make a connection to grasp a concept … most of the time. When she said that, my first reaction was, can’t you see the giant fire-breathing monster and you want to talk about communication! Then I realized that little green chain in between our characters, as I drug her around the battle field. When she would try to dodge the incoming blow I was dodging the wrong way and because I acted before her, she was drug right into that massive crushing hand. It’s not that we weren’t trying to work together its that neither one of us was telling the other one the plan or what was expected of the other.

I decide to try this out instead of trying to beam my thoughts to her telepathicly, which I had tried so many times before. I used eardrum interface and told her where I was going and why I was going that way. Guess what we won, not without frustration dealt to us by the shoddy developers who made this title, infusing the in-game camera with shots of everclear and acid. Then something else happened we started watching out for the other. If I got low on health she would bring me down from my blood lust for destroying the likes of the critters that we were fighting, long enough to go get some health. The other interesting thing that happened was, I was getting considerably more experience than Nikki and my character had more power than hers. I noticed what the problem was. While you fight and defeat your enemies they drop experience “crystals” that you then pick up and spend on your abilities. My charters powers had me in there, fighting close combat and that meant whatever they dropped I was picking up. To make sure my partner would get enough experience to be useful I had to learn to let her have the finishing blow. I think this speaks distinctly to successful spouses. Our spouses should share and gain from our success. Not be shrunk in comparison to you.

The real lesson here is simple and common knowledge, but one that needs saying. Husbands and wives should be taking on challenges together. I don’t think every thing needs to be done together because we are individuals, but there should be some challenge that the two of you are bound together on by an unbreakable magical chain and should be trying to accomplish while being considerate of the other. 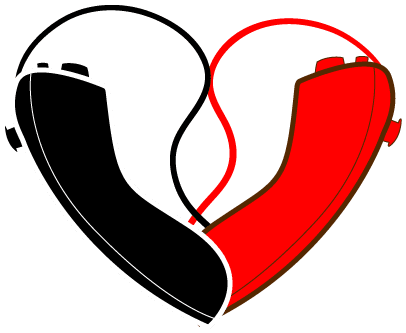 *If you are wondering where Gideon is not in all this. He had gone to bed because we only play games that he can help or watch while he is up and this game makes daddy cuss WAAAYY too much.

**unless you’re a Blakeley and we say divorce NEVER! Murder maybe?