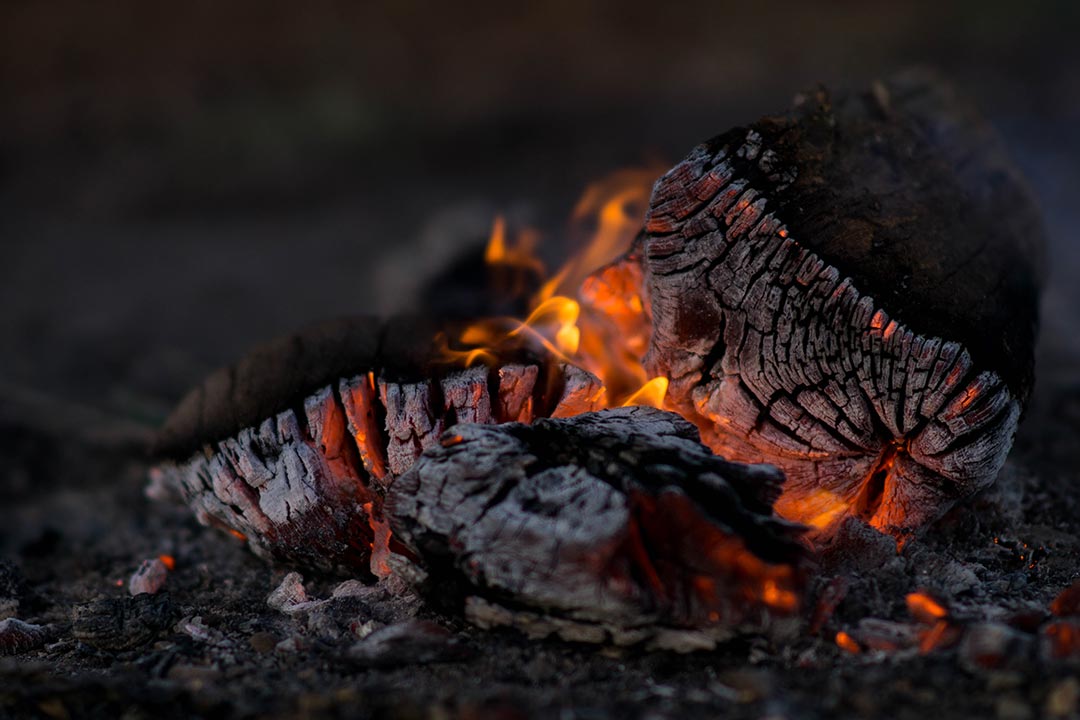 He blew on the tinny embers that had been coaxed into life. They would glow bright orange as his breath passed over them but subside when he took a breath. The office had been stuffy the whole week. It was filled with the thick fog of the grind and it choked his mind and his vision of the future.

His wife had see the dull glaze it left in his eyes and insisted he get out of the house. It was always a strange thing pulling himself away from the home. He was so invested in it, his kids, his wife. It was often hard to see how invested in him they were. The coals still grew dark between each breath. Still he breathed out the life giving oxygen and the atoms combusted on the hot carbon decomposing and oxidizing organic material.

He breathed out each hope and dream he had. It was in these moments where he was alone that he found the person that was always just behind him. The man he thought he could be. Not some other self that made better decisions but a self that could be in the future; with better finances, insights, enjoyment and who loves the ones he loves better.

The coals grew hungrier and hungrier growing in size across the surface of the kindling. Each breath feeding the reaction. Wisps of smoke stung his eyes and nostrils causing him to lean back to get his breaths and giving the coals even more time to grow dark. Wisps like dreams and ideas that the thought would be more stimulating or important to do with his time than the grind. A false sign of flame a false sign of purpose.

He pursued some of the ideas but never with single focus. He had purpose already it is just that sometimes he forgot. There was no sin in pursuing the wisps, who knew? Maybe one of them would spark and it really would take hold. Yet for now he only tended the fire he had. He breathed again finding the spot, the place where the embers were hottest. There he would direct his next few breaths.

What is a man but a wisp of his own. What is he except that he be loved and in that love find that he is valuable. The value is based on the worth of that which held him as an object of love. A final direct hard breath into the infant heart of the fire. Thick smoke and the ravenous flames well up in the pit. The night is cold but the campsite is made cozy by the fire.

He sits down next to it and dwells on thoughts of grandeur and equally noble thoughts of steadfast loyalty and diligence; he smiles at how complexity is made clean and simple by purpose higher than that which is seen.

The fire now breaths for itself.

Photo by Wil Stewart on Unsplash